A growing area of attention within the public health sector is the prevention of mental illness. In fact, in the 2030 Agenda for Sustainable Development, the United Nations says that “by 2030, reduce by one third premature mortality from non-communicable diseases through prevention and treatment and promote mental health and well-being.” (General Assembly 2015) Prevention efforts aim to reduce the amount, duration and severity of mental illness, and one of the primary means for such work is through promotion. The work of promotion involves raising awareness of prevalence, normalizing and removing stigma, and removing barriers to access. 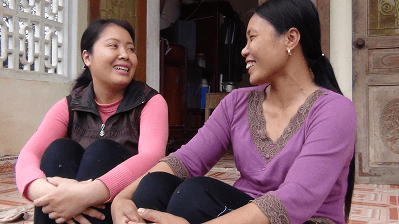 In Vietnam, promotion must be included in preventative strategies due to the hidden nature of the problem. Though 2003 data from the Ministry of Health shows a low estimate of 15% of the population being impacted by mental disorders, it is still largely unnoticed or intentionally concealed. The impact as a public health issue is significant, and has a negative effect on individuals and communities. Some the leading mental health issues within the general population of Vietnam include alcoholism, anxiety and depression. Of course, more severe mental disorders such as schizophrenia are also present. Currently Vietnam lacks the system infrastructure to address mental health issues including the absence of job codes for psychologists and counselors, as well as limited public funding for drugs other than for the treatment of schizophrenia and epilepsy. There are 3 legs in the stool of a capacity building – a focus on training and development of professionals, care for the high-risk populations, and execution of a national promotional campaign.

Presently We Bloom is conducting an informal needs assessment within the mental health sector of Vietnam. Research provided by US scholars working in Vietnam, UNICEF reports, and publications by the Hanoi School of Public Health are beginning to paint the picture of the current landscape. Additionally, interviews with local and international NGO’s already support mental health efforts in Vietnam provide not only deep insight, but also opportunity for collaboration with We Bloom.